Home›Drink›Where's the real beer up here!

Where's the real beer up here!

Elaine Dean beats a path some of the best known of FNQ heritage hotels.

Cairns, as a settlement, was founded in 1875, Port Douglas in 1877, Atherton in 1885 and Cooktown, the fractionally older sibling, in 1873, giving rise to a question 150 years in the making - where to get a coldie? This region, much of which remains un-ravaged by the destruction of progress, boasts some of Australia's finest and oldest country pubs.  With over 50 falling into our definition of heritage, having opened their doors before the middle of the last century.

Join us as we explore the Far North and drop in on a few of our favourite 'places of interest' as we go in search of where to get the real beer up here!

Ten minutes north of Innisfail you will find The Garradunga Hotel. Surrounded by cane farms, she was originally known as the Cane Cutters Hotel built in 1888. Nowadays, the pub is better known for the resident ghost of Athol, who many locals have met, and curious tourists hope to catch a glimpse of.

‘The Garra’ has had her share of disasters. Burning down and rebuilt in 1935, with Cyclone Larry taking off the roof in 2006. Luckily, the 1935 rebuild included a cement reinforced ceiling and a beer garden, so the beer kept flowing whilst repairs were carried out.

A wonderful place for travellers with unpowered campgrounds and rooms available in the pub itself. Open seven days a week for a cold beer, serving good old fashioned pub dinners from Thursday to Sunday, and lunch on weekends. Sundays are the best day to visit as they have live music in the beer garden all day.

The Red Beret has worn a few hats. Built in 1926, her original name was The Redlynch Hotel, the second hotel for the town and erected opposite the site of the old Terminus Hotel, which burnt down in the early 1920s.

Most locals believe the railway town of Redlynch got its name to honour the Irish construction foreman, ‘Red’ Lynch, everyone’s mate. It is unclear how she became known as the Red Beret or ‘The Hat’.

Stepping into the public bar today and you are welcomed by a sea of friendly faces. Caricatures of locals past and present, and sporting legends, adorn the walls amidst the historical township photographs. Mateship is strong and true at ‘The Hat,’ just like back in Red’s day. You may see the real person sitting underneath their caricature!

After recent renovations, the hotel still retains her Queenslander beauty with open verandas and decks to relax with a cold beer with a mate in the pub or family friendly dining.

Locals are glad this majestic old pub, overseeing the Spence/Bunda streets intersection since 1898, is still around.  Known as Cape York Hotel since 1987, this girl has been rebuilt twice!

Built and named Tramway Hotel in 1898, when the intersection was bustling with trams. She changed hands in 1920 and less than six months later a cyclone ripped through her and had to be rebuilt. Twelve years later, the same owner renamed her the National Hotel in 1932, and her loyal  locals nicknamed her ‘The Nash’.

Cape York Shipping Company purchased her in 1987 a few short months before Australia’s worst LPG explosion, right in her back yard, left her extensively damaged. The company rebuilt using the original plans, changing the name to The Cape York Hotel upon reopening.

Her original beauty remains in the restored foyer/reception area including a fantastic pictorial history, along with a modernised public bar for that icy cold beer at the end of a hot day.

Whilst this bar isn’t as old as the others featured, ‘The Croc Bar’ is as iconic as Crocodile Dundee for FNQ pubs.  Since opening the doors in 1926 on the corner of McLeod and Shield streets, their crocodile themed décor and artefacts have been a drawcard for tourists and the locals have always loved a cold one right in the heart of the city.

The outstanding feature of ‘the Croc’ is the bar itself, a hand carved wooden crocodile complete with open jaw and teeth so you can have your photo taken with your head in the jaws of a crocodile.

The walls and ceilings are covered with crocodile skulls, skins and, of course, teeth, along with images of crocodiles being caught, along with Croc Dundee himself.  Slotted between these are a plethora of historical photos and artefacts from Cairns in the early 1920s, with floods, cyclones and more all recorded on the walls.

Offering pub classic meals in the renovated bistro, you can take their famous 2kg Parmy Challenge, if you’re keen!

Yungaburra Hotel is an exquisite federation building showcasing the architecture of the early 1900s, renowned in FNQ for her beauty and preservation of times gone by.

When the Williams family heard the railway was coming to town in 1910, they bought the land opposite the station house site, pulled down their ‘shanty pub’ and built Lake Eacham Hotel. The name changed when the township name changed to Yungaburra.

Stepping into the ballroom you can envision people dancing the night away, with the staircase, stained glass windows and chandeliers. Queensland’s youngest female publican at 16, Maud Koeh loved that room, and locals have seen her ghost on the stairs or witnessed flickering lights coming down them.  Maud is known to roam both the hotel and the township itself.

The hotel has remained within the Williams family, proudly preserving their family’s, and the township’s, history within the walls of the grand old girl. You can stop in any time for hearty pub meals, live music events, even play bingo in the ballroom! Hotel rooms are available, too, if you hope to catch a glimpse of Maud!

A popular tourist destination on the ‘Wheelbarrow Way’ is Chillagoe, for visiting remains of the smelter, the Mungana Caves and having a cold beer at the pub with a marble bar where visitors have written all over the walls.

The Post Office Hotel was built by business tycoon Edward Torpy in 1900. He was involved in mining, race horses and hotels, in fact his horse Piastre won the Melbourne Cup in 1912.

He moved his Mt Garnet Hotel to Chillagoe in 1910, replacing the original building. In May 1923, a fire next door burnt her (and three other buildings) to the ground, but Torpy had a new hotel built and reopened by November, with the now famous bar made from Chillagoe marble.

Today, the Post Office Hotel has signatures on the walls from locals and travellers from all over the world, as well as the old station signs hanging from the ceilings.  A covered playground and beer garden make her the perfect spot for a cold beer and hearty pub feed.

A trip to Cape York isn’t complete without stopping into the Lion’s Den Hotel in Rossville. The quirky, iconic pub is one of Queensland’s oldest, continuously operating hotels still in the original building, remaining almost unchanged from her beginnings in 1888 when she serviced the tin and gold mining trade.

These days she is the pitstop for travellers heading north, with campgrounds and many tour groups also taking advantage of their ‘glamping’ accommodation options, and joining with the locals for live music events held throughout the year.

The name came about from a tin mine called the Lion’s Den close by, when a stowaway named Daniel was seen standing at the mine’s entrance, the owner commented ‘It’s Daniel in the Lion’s Den’ as a joke and it stuck as the name for both the mine and the hotel.

Over the years the owners have continued to add to the Lion’s Den theme with their quirky décor to enjoy along with a great pub meal and a beer.

Cooktown is another must stop destination on your way to the Cape, famous for the port that Captain Cook pulled into to make repairs on the Endeavour in 1770, and being the ‘wild west’ back in the 1880s with over thirty hotels in the town.

One hotel still standing is the Cooktown Hotel, affectionately known as The Top Pub or ‘The Toppie’.  A favourite for locals and travellers, a true Queensland pub in every sense with mateship and icy cold beers always on tap.

Built back in 1874, she has survived many a cyclone and in the 1920s was thought of as the ‘racing man’s pub’ as the local turf club held their monthly meetings there.  Officially, there has been only one name change, originally called the Commercial Hotel, then changed to Cooktown Hotel in 1982.

A great venue for meals, beers and live music, one of their events that brings people from all over is the Hog Hunt.  Held every October, it has become a huge success at curbing feral pig numbers in the area … and a much anticipated ‘Toppie’ event. 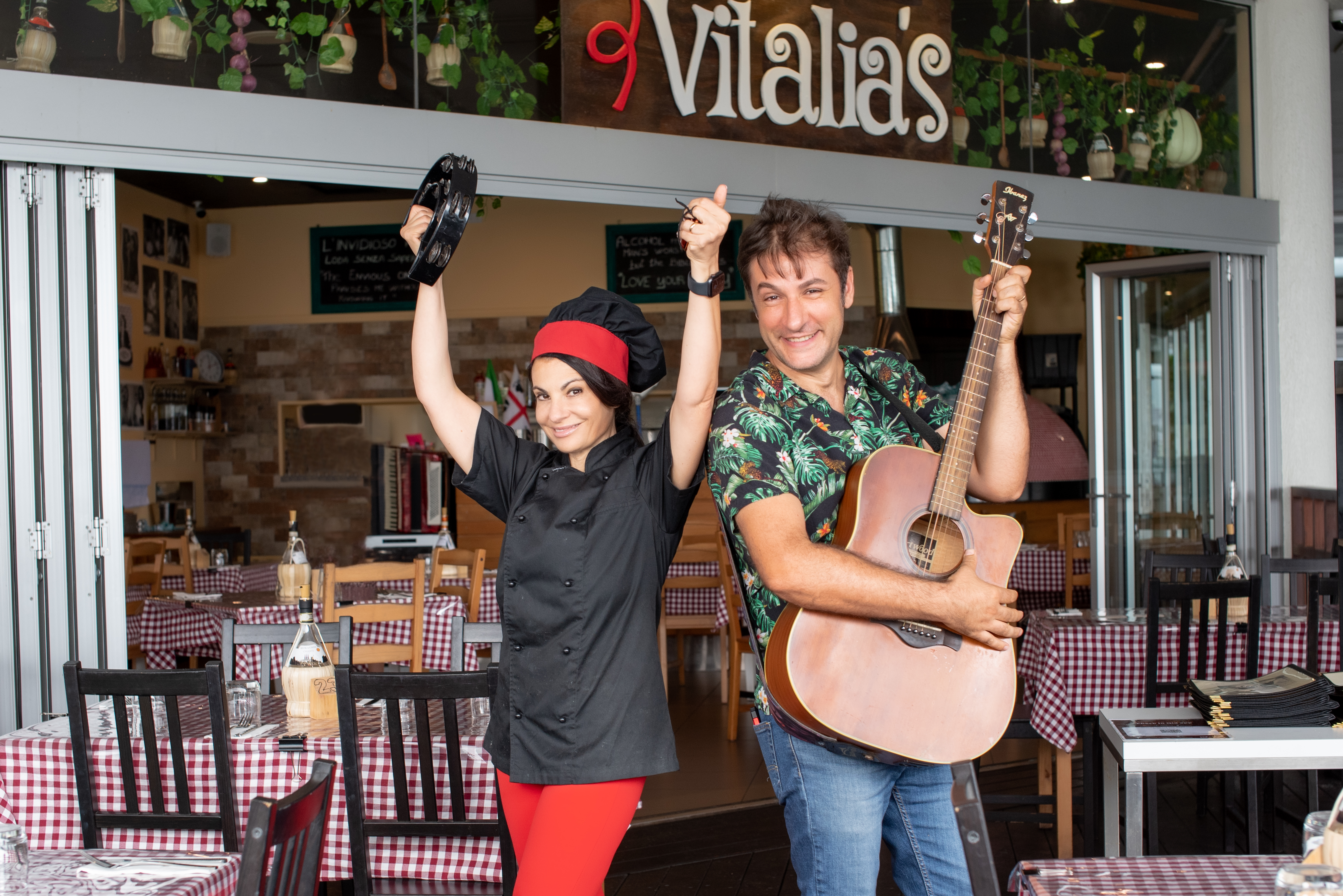