Home›Drink›Take a trip down Wolf Lane - you won't be disappointed!

Take a trip down Wolf Lane - you won't be disappointed!

The Hospo Group: aka the award winning team behind Three Wolves, Gin Social and Flamingos Tiki Bar have used their Midas Touch to create a little bit of Distillery gold in our own backyard. Championing Far North Queensland flavours and growers and representing us proudly nationwide and hopefully internationally in the not-too-distant future.

I sat down with Sam Kennis and Darren Barber to talk about their success and their latest venture: Wolf Lane Distillery.

If you’ve been to Three Wolves, you’d be familiar with the location- the distillery is opposite the first bar they opened in Cairns three years ago, in the little side alley nestled between Bottlemart and Boon Boon Beauty Centre on Abbott Street, which we can now unofficially call ‘Wolf Lane’.  They have restored what was originally a horse stable built in 1905, to a watering hole of a different kind. And true to their distinctive style and taste… it’s very well done and is set to be the newest and hottest place to go in the CBD.

But why the move into production? I mean we’ve all enjoyed a tipple at their uber fresh and funky establishments, but shifting from serving to creating is a huge step…and a whole lot of work, so why did they do it?

Sam explained, ‘there’s a lot of new venues popping up around town, so rather than compete, this helps us to support them and get behind those establishments. And they of course get behind us.’

That seems to be the ethos of The Hospo Group, who are showcasing local botanicals in their products. As Sam explains, ‘wherever we can get local we use local.’ But further to that they try to reuse and recycle as much as possible, for example Sam says 'we get our Davidson Plums from the tablelands and once we’ve finished with them (flavoured our Gin), we send the plums back to the company and they make a jam out of it.'

That would be a tasty Jam. Sam confirms my suspicions.

These socially responsible business practices and commitment to eco-friendly production is warmly welcomed in the market. Quite simply, their ideas and their brand are well conceived, well executed and well timed. They know what they are doing and do it very well.

But it didn’t happen overnight, before they could run, they had to walk, with Darren and Sam going to Tasmania to undertake a distilling course. They then invested further time in the development process, taking about 6 months of practice and taste testing, playing around on a 500 ml still to get their flagship Gin; Tropical, right.

Once they got the taste of the tropics perfected, they scaled up the recipe to the big column still, which they affectionately call ‘Column Farrell,’ and have since produced about 2000 bottles since their launch in November.

It’s pretty clear these lads are not shy of a bit of hard work and the fruits of their labour have been rewarded with legions of every growing fans in the Far North and right around Australia.

‘At the moment we are in 110 venues from Port Douglas to Townsville, with a few establishments in Brisbane and Sydney,’ Sam states, ‘our reach down to Brissy will be much bigger this year. After Tropical’s 4th place at the Hottest 100 Gins around Australia event held in Brisbane earlier this year’.

This national competition was decided by votes cast online and for a new brand only 4-5 months old, that’s a pretty good showing. ‘Yeah we’re Super happy about that,‘ Darren says, ‘it’ll help get us into more venues.’ And it doesn’t hurt that Tropical wasn’t their only product to make an impact with ‘Navy Strength’, their 58% kicker, taking out 23rd place as well.

What’s their secret?   Their Products, just like the blokes behind them… are approachable.  The perfect addition to dinner or your next party. And honestly, all the other guests would be impressed by your taste in friends and gin!  On Tropical, Sam says ‘it’s a gin that people who don’t like Gin- really love, and then it’s also a Gin for Gin Lovers; it’s something different, so they love it as well. So, it’s getting two ends of the Market, which is really good.’

Bec: ‘But it’s still appreciated by the most discerning gin drinker.’

And after trying it for myself, as a gin-lover I can honestly understand the hype. Believe it.

No two mouthfuls taste the same. The flavour develops with each sip. “It’s basically Tropical in a glass” says Sam, and you can experience those fresh fruits; mango, ruby grapefruit, finger lime with hints of lavender and mint that has been vapour infused, combining with macadamia and cinnamon, to create the perfect tropical drop that is complimented nicely with ruby grapefruit for garnish. Try it on the rocks with or without soda water.

Since releasing Tropical, their range has expanded to include fellow award winner Navy Strength and just in time for Christmas, Davidson Plum was released. But Wolf Lane Distillery produces more than just gin, they also have their take on coffee liquor; The Barista available to make your espresso martini’s sing.

After such a mammoth effort to get the distillery off the ground, how does the response to their products feel? “It is unbelievable, especially the support from locals. Locals supporting locals, that’s why we created it at the start, to support local venues and just having a cool product coming out of Cairns and to represent Cairns when we go Australia Wide.”

Sam says that’s what they are hoping to do this year as well as ‘focussing on turning the facility into a bit more of a tasting room and a place to go on a Friday or Saturday night for a flight or a gin & Soda’, they are also hoping to expand the range.  If you want to keep up to date (they move fast- so keep looking – you never know what they are going to do next) check them out on Facebook and Instagram; Wolf Lane Distillery. 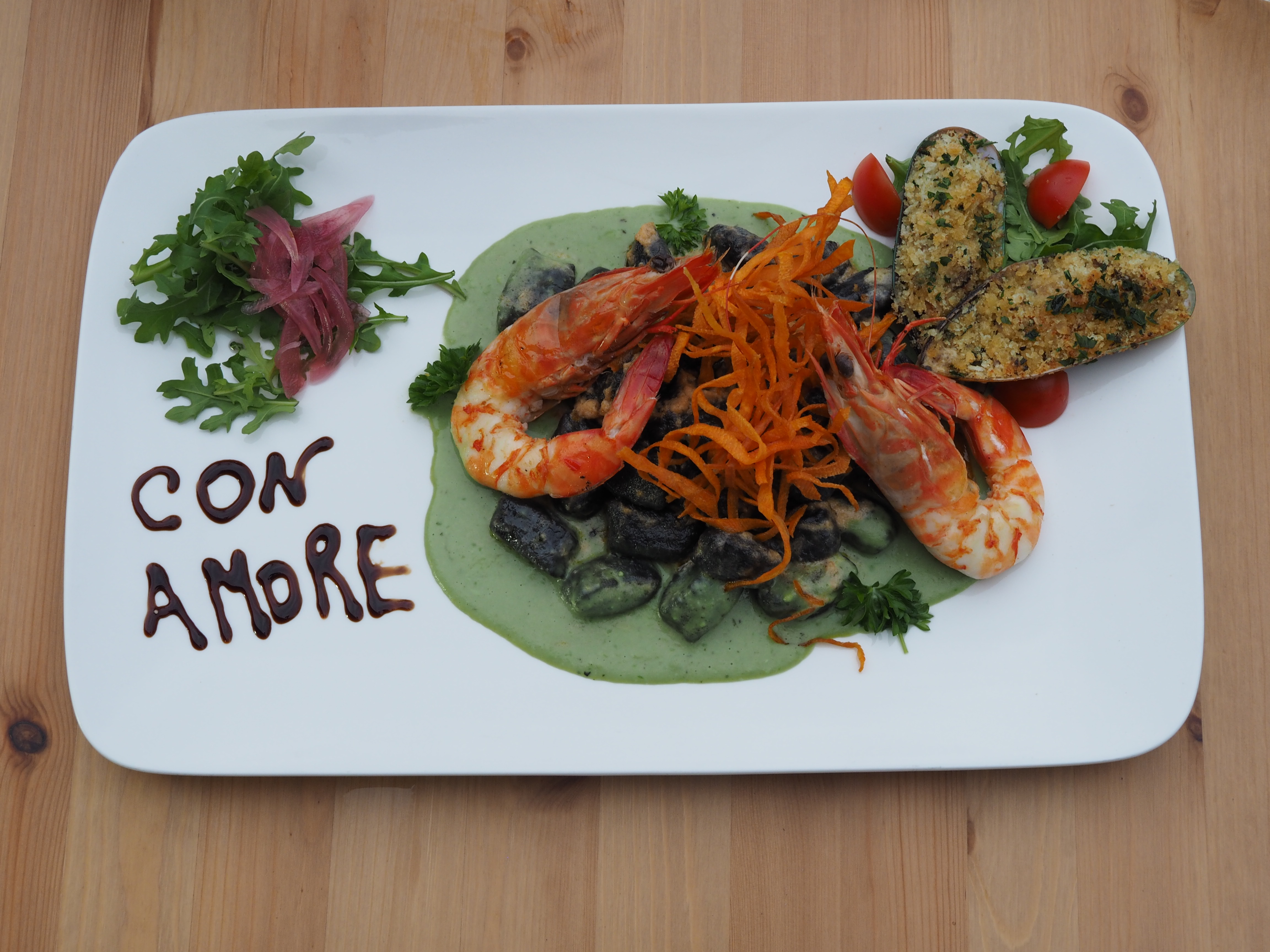 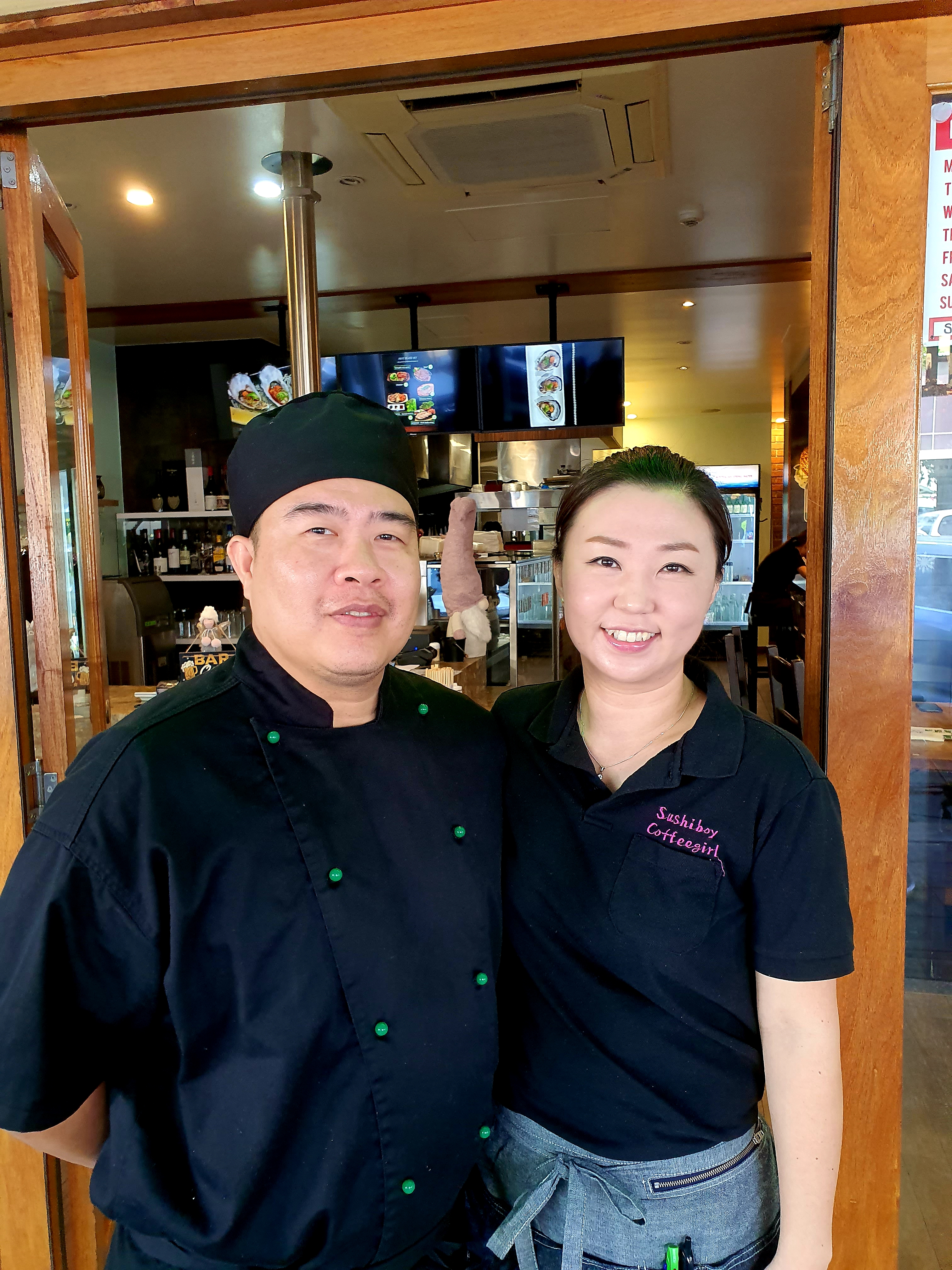