If the mention of native foods makes you think of kitsch witchetty grubs and bad Crocodile Dundee references, you wouldn’t be alone… but you’d also be wrong. What appears to be a fairly recent shift into the support of local native flavours and ingredients by restaurants, distilleries and breweries around the country is actually something that’s been gently simmering away here in the north for over two decades, all thanks to chef Craig Squire, executive chef and owner of the Cairns institution, Ochre. Squire has been perfecting the use of native ingredients in his menus since the inception of his restaurant in the mid-90s.

“There are some well-known chefs using natives now and although it’s great to highlight these foods, claiming pioneering of using these native flavours does make me laugh a little – we’ve been doing it for a long time,” he says. “In fact, Australia was one of the last countries to harness native flavours. It wasn’t until I travelled overseas and saw a lot of use of regional cuisine around the world, that I realised we weren’t doing anything quite like that here. Natives are very seasonally oriented, they’re flavours that match the region, the culture and the terroir, finding the connection between place, person and plate.”

Ochre (originally opened as Red Ochre Grill) was Australia’s first native ingredient-supporting restaurant. Now with over 20 years trading under their belt, the focus on local and sustainable is more important than ever before, a necessity to drive an industry shift more than simply a significant point of difference. Squire is quick to acknowledge that this industry recognition of native ingredients is a positive step for the viability of this market. “The food industry has certainly come a long way here and it’s been quite exciting to be able to use those local products and to help it grow, whilst making the industry more sustainable.

“Our local food and environmental sustainability mantra is leaps and bounds ahead of so many other restaurants”, Craig says. “Over the years, of course we’ve expanded to using locally sourced, interesting ingredients from other parts of the country as they’re a lot more readily available to us these days, such as samphire from King Island and oysters from Tasmania. Our commitment, however, to local produce is paramount – locally sourced beef and pork from Morganbury’s on the Tablelands, seafood from here and the Gulf [of Carpentaria], and collaborations with local producers, such as the gin from Mt Uncle Distillery.”

Moving forward into the next decade, Ochre are even more committed than ever before to support sustainable practices within their businesses, extending these practices to their catering arm as well.
“We’ve made some very simple changes that anyone can do, and these changes are being received well by corporate clients. For example, opting out of using bottled water, and replacing it with glassware, jugs of water and paper straws. Ochre provides reusable tote boxes to suppliers for deliveries eliminating many single use cardboard and foam boxes.

“We talk about using native ingredients from a sustainable perspective, so it only makes sense to make appropriate changes across our whole business, remaining at the forefront of environmental sustainability practices. It might cost a bit more but that’s the risk we’re prepared to take.” 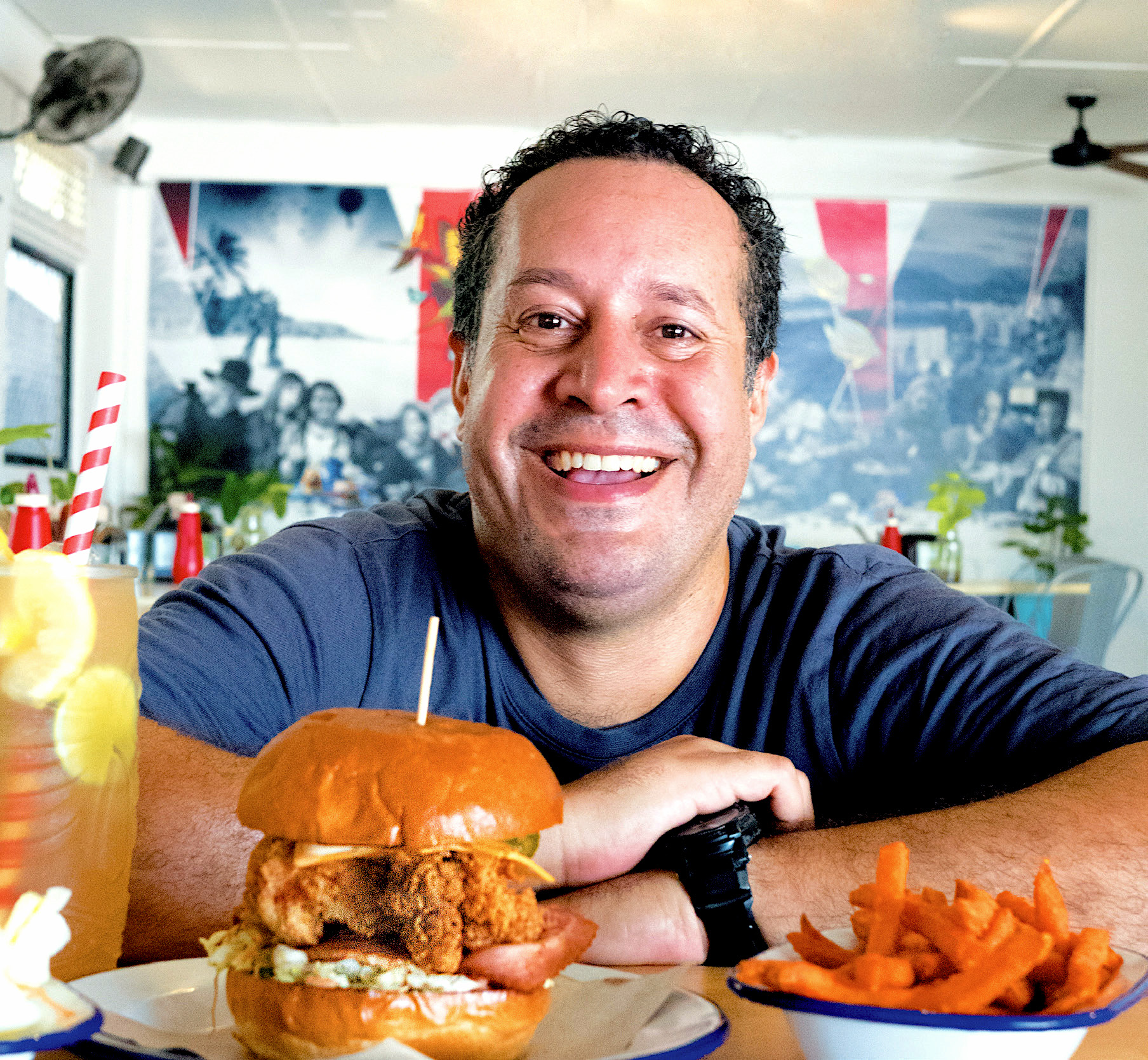 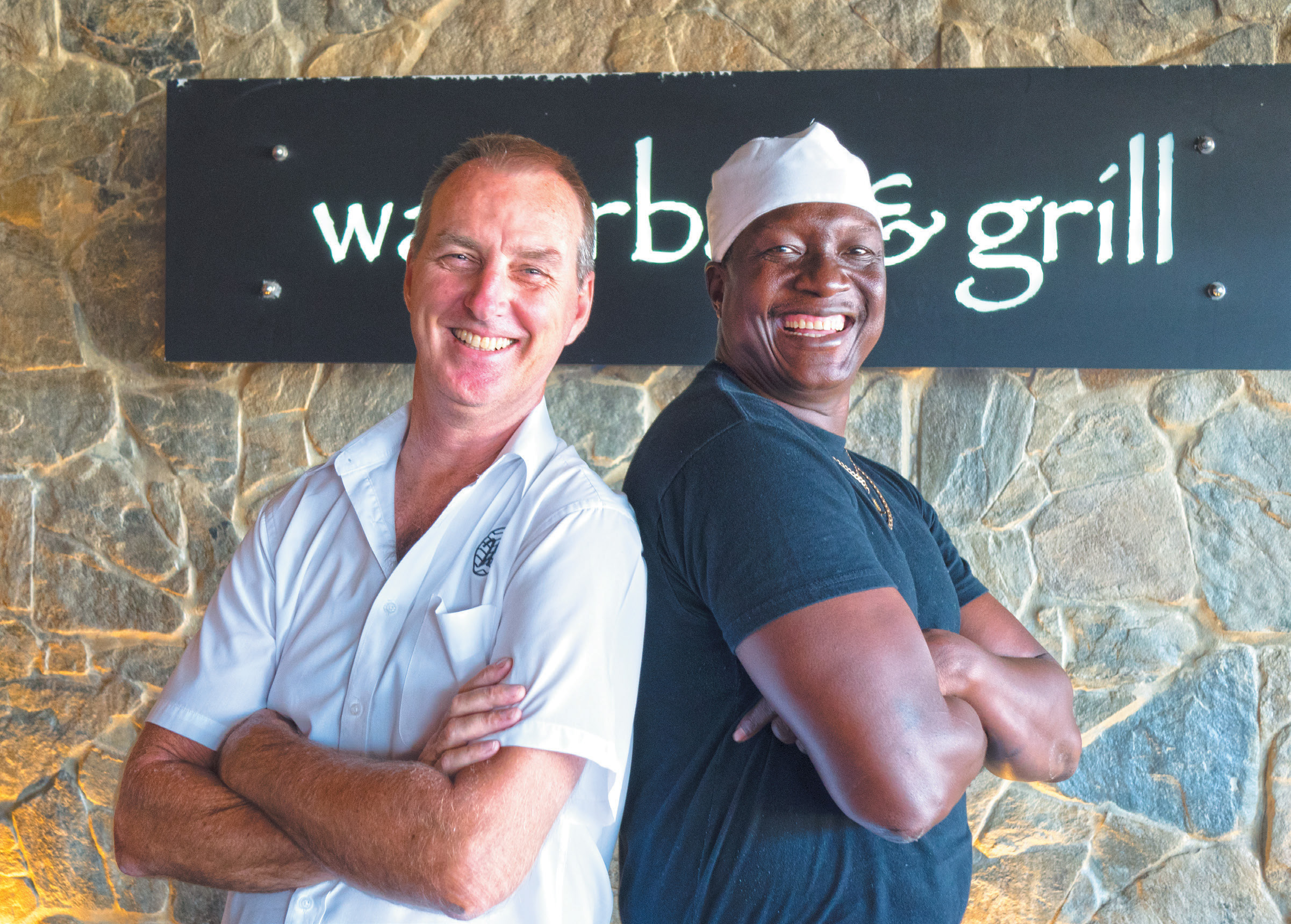